Have you noticed strangers parking their cars in front of your house and working on their computers, iPad, or iPhone? This could be a sign that they are piggy backing off your internet connection. It is indeed manna from heaven when an Internet addict suddenly discovers that there is an open and free Wi-Fi access in the local neighbourhood. 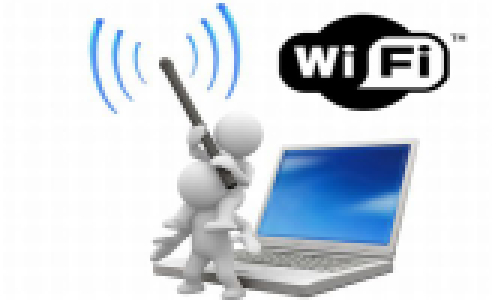 The Effects of Open Connection

Regardless of whether it is secured or not, the idea of connecting through a neighbour’s Wi-Fi connection is tantamount to stealing and can therefore be considered illegal.  It is similar to a situation where the house next door left their door wide open. It is not a sign that you have the privilege to barge in without asking permission first or knocking before entering.

There are several potential hazards when people maintain Wi-Fi connections without protecting them. These include identity theft, access to confidential files, exposure to online threats, illegal downloading, and browsing forbidden sites.

Fortunately, local states and the government are implementing laws and regulations to curb this situation.  In the U.S., all 50 states have federal laws governing not only neighbourhood Wi-Fi, but all open access connections such as those found in cafes and other hotspots.  In the United Kingdom, it is illegal to connect to an open Wi-Fi without permission. In both countries, a lot of people have been fined, put on probation, or have been ordered to render community service in violation of this rule.

How is it Implemented?

However, despite laws, illegal connections were still reported. There are situations wherein federal governments cannot impose a rigid implementation on this law unless those illegally piggy backing perform malicious activities like accessing private information and downloading copyrighted materials.  And, most often too, homeowners do not realise that someone is tapping their connections unless they notice a reduction in Internet speed or they were reported for supposedly violating online laws.

In Germany, the situation is reversed. It is the owner who is fined when they leave their Wi-Fi connection open and it was utilised for illegal activities.  The same situation happened in India, where violators were fined for not securing their own Internet after an open connection was accessed by a group of people and sent terror emails while piggy backing.

Common sense dictates that it doesn’t take legal proceedings to determine if connecting to a neighbour’s Wi-Fi is illegal or not.  It is akin to trespassing.  Please secure your Wi-Fi home connections. It’s as simple as looking at your Wi-Fi instructions that came with the device. Most devices these days should by default be set to secured. However you should always check. If you look at your connection list of Wi-Fi devices around you when you go to connect and there is not a lock icon visible, or the connection doesn’t prompt your for a password then you have in open Wi-Fi connection.